Showing posts from August, 2010
Show all
August 29, 2010
This is a decent interview with Molly Molloy, who collects news from the killing fields in Mexico and sounds out a report called the Frontera List which is definitely essential daily reading. (Nunal often links to stories from the list).
Post a Comment
Read more
August 28, 2010 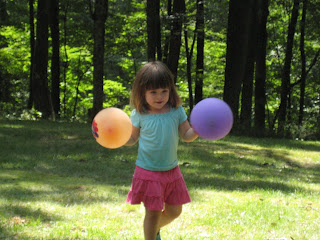 It has been a while since I have gotten any pics of Miss Lark up on Nunal. I have some truly random ones with me at the moment. Here she was looking adorable and running around at Clifftop while we packed up.


Here she is making some pancakes:


Lark has been agitating for a "Larkie fiddle" so of course as soon as we got back from Clifftop I got her a 1/8 size one. And she has been playing it at least a bit everyday, totally unprompted on our part. Cross keyed it sounds pretty good. She sings two songs with it (though not at all in time with her playing, truth be told, that is something that will have to come). One is what she calls "My shanty all the time, time time," which is a line she has fixated on from "Keep my Skillet Good and Greasy". She knows that whole song. The other song is Little Richard's "Girl Can't Help it," which she has returned to loving to sing with a vengeance.

Here Lark is posing with her fiddle:

The South will rise again, or something like that 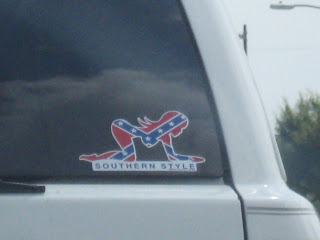 Speaking of things that offend, I was driving in Norfolk today and ended up behind this car with two stickers on the back. The one on the left was a South Carolina palmetto and moon made out of the Confederate flag, there wasn't time to get an image of it. The other side was this:

The medium is the message.

He should have driven up to the Beck-Palin-American Fascist movement event in DC, which was all about the Southern Style.
Post a Comment
Read more
August 28, 2010
I met with my new freshman advisees this week (all classes start Monday) and when everybody was talking about what they did over the summer the student peer advisor working with me (who happens to be African-American) said she spent most of the summer "just bojangling."

When I expressed surprise at her use of the word she didn't know why and neither did anybody else in the room.

Now it sounded to me like it was a term freighted with racial meaning, but apparently not. Nobody ever thought of it like that. I said, well you wouldn't call me an ofay, right? But nobody knew that term either. (Actually, that doesn't surprise me).

So, no official "usu. considered vulgar or offensive" to back me up. Still the word strikes me as off, am I really alone in this?

You can goo…
Post a Comment
Read more
August 25, 2010
My review of a new book of essays called Buddhist Warfare (edited by Michael Jerryson and Mark Juergensmeyer) was published in the Journal of Global Buddhism, you can read it here, you just need to scroll down a bit.

This was one of the more interesting books I have read recently, especially regarding the terrible and seemingly inescapable array of horrors which always comes form the fusion of state and religious authority, even sadly when that religious structure is the sangha. As I mention in the review, I thought the most interesting pieces in this book (all of which is worth reading) covered the stunning varieties of torture and violence involved in the spread and protection of Buddhism in Mongolia (including breaking people's backs) and the uses of Buddhism in supporting state violence in modern Sri Lanka and Thailand. And the always interesting Brian Victoria, whose work is familiar to my students.
Post a Comment
Read more
August 18, 2010 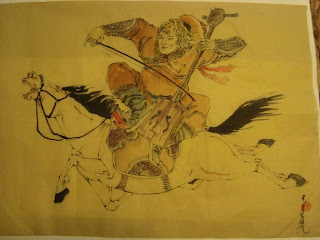 Actually, I did make it back from Asia, I've just been too busy to post here.

I've gotten enough emails from people wondering if I had fallen off of the planet that I realized I should put something up here. I saw many of my closest friends at Clifftop but not all. Worth it to miss much of Clifftop to have additional days in Asia... but still pretty rough to miss so much of Clifftop!

Right when I came back to Norfolk I discovered ( via a front page story) that I have the distinction of living right next to the most dangerous street in Norfolk. Home sweet home.

What's funny is that I never felt especially safe in Ulanbaatar, while the fact is that it's Norfolk that is deadly and evil.

I had this vague idea of waiting until I had time to organize my pictures but that is unlikely to happen really soon. But I'll put up a couple of critical things.

I did think it was important to put this image up here, but it requires a bit of explanation. In Suhbaatar Square (actua…
Post a Comment
Read more
More posts