Showing posts from September, 2010
Show all
September 23, 2010
One of my students (not coincidentally one who has a confederate battle flag on his truck who said cheerily he "considers it my national flag") was arguing today that secession was legal and that the Surpeme Court had never ruled on it. Actually, it did in Texas v. White 74 U.S. 700, which you can read here . some relevant passages: " But the perpetuity and indissolubility of the Union by no means implies the loss of distinct and individual existence, or of the right of self-government by the States. On the contrary, it may be not unreasonably said that the preservation of the States and the maintenance of their governments are as much within the design and care of the Constitution as the preservation of the Union and the maintenance of the National government. The Constitution, in all its provisions, looks to an indestructible Union composed of indestructible States. When Texas became one of the United States, she entered into an indissoluble relation. The union
Post a Comment
Read more
September 20, 2010 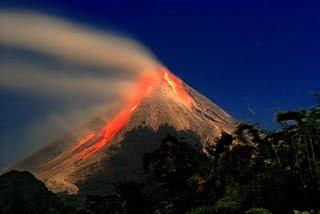 My old friend Brett disappeared from the US, I thought to head off to Cambodia for two years in the Peace Corps. I've been waiting to hear from him. Now he has reemerged and it turns out he decided to go to Indonesia instead. He's living next to this volcano: Fortunately he is keeping a blog now too .
Post a Comment
Read more
September 15, 2010 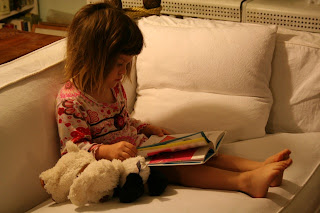 Miss Lark in a favored spot
Post a Comment
Read more
September 10, 2010
After a busy week even by the standards of a new semester I'm glad to be off to the Rockbridge old time festival up in Buena Vista. Yup, 'Buena Vista' is pronounced Buuuna Vista," this being Virginia. I think I write that every year. Though not last year, since I was in Berkeley and happy to be out that the great little Berkeley old time festival, which had a great dance among other appeals. But nothing is like Rockbridge, nice low key little festival in the mountains, weather is almost always perfect, and the music sounds uncommonly good there for whatever combination of factors. And this year there is a pie auction at 1 a.m. That is one of those things that might only make sense within the context of an old time festival.
Post a Comment
Read more
September 06, 2010
I wrote a short piece about looking at extradition as a foreign policy which is up on the History News Network , go take look. I was inspired to write it after reading about Viktor Bout, the Russian arms dealer. The US originally sought to extraterritorially abduct him and send him to a compliant state, but in the end has traded weapons for him to be extradited from Thailand. I've been meaning to write something since the Roman Polanski bru-ha-ha this summer but haven't had a chance. This recent case finally spurred me on. It happened that I also was just thinking about Roman Polanski because I just watched the Ghost Writer , which has an interesting arc, is well acted, and worth seeing. Especially as Tony Blair's memoirs are being heavily promoted in 'news' stories in the media this past week or so.
Post a Comment
Read more

it was fun while it lasted

September 06, 2010
..."democracy" and "civilization" that is. At least according to the stunningly ill-equipped "Future Analysis department of the Bundeswehr Transformation Center, a think tank tasked with fixing a direction for the German military." This set of secret analysts using ultra-secret matrices has detected that there might be concerns about the world oil supply . Der Spiegel has an article about how the new German government secret report on how peak oil is going to end it all. Military Study Warns of a Potentially Drastic Oil Crisis "The term "peak oil" is used by energy experts to refer to a point in time when global oil reserves pass their zenith and production gradually begins to decline. This would result in a permanent supply crisis -- and fear of it can trigger turbulence in commodity markets and on stock exchanges. The issue is so politically explosive that it's remarkable when an institution like the Bundeswehr, the German
Post a Comment
Read more

September 05, 2010
Floyd's passing reminded me of a book I really liked that I read actually before I kept bees, it just has more resonance nowadays: Lars Gufstasson's The Death of a Beekeeper . It is about a beekeeper who dies of cancer. (Now that summer is gone you can put aside the light fare and read something a bit less uplifting). Gufstasson is an interesting and unexpected writer, I have liked most all of his stuff that I've read, like "Elegy for the Old Mexican Woman and Her Dead Child." I often think of these lines of his, which first led me to his poems. They read a bit differently in the post 9/11 era then they did before: "Dogs! Hangmen's servants! Royal torture masters! Haven't you understood? You there, heating tongs over a coal fire! I'm actually a donkey! With the heart of a donkey and the bray of a donkey! I never give up!"
Post a Comment
Read more

Death of a Beekeeper

September 05, 2010
The best part of the storm passing is that the weather is now absolutely perfect. Which is good because today was the memorial service for Floyd Watkins, a local beekeeper who just passed on at the ripe old age of 85. Floyd was one of the founders of the Tidewater Beekeeping Association and truly a beekeeping institution in these parts. He had retired from the Navy long ago and made his money removing bees from people's property, among other things bee related. I've known Floyd for a decade and enjoyed talking bees with him over the years. I got some good advice from him, and I liked working with him in the TBA. Probably the most fitting thing for a memorial service for Floyd was that afterward the formal service (with 21 gun salute) we ate a bunch of fried chicken and other food and talked bees. One thing beekeepers can do, especially the old timers, is talk bees. I enjoyed it, I've been wrapped up with things so much that it has been far too long since I have s
Post a Comment
Read more
September 05, 2010
Well, hurricane Earl turned out to be a non-event which I'm not complaining about, especially now that things are watertight here, after no little expense. My feeling with these things, being a practical Midwesterner, is that the generally slothful sorts around here get used to these kind of semi-regular non-events and so are a bit cavalier towards all storms. And then people act surprised when they are terrible, like everybody did when Isabel caused so many problems. Of course maybe I am just a wee bit chicken when it comes to hurricanes, being a practical Midwesterner used to being surrounded by hundreds of miles.
Post a Comment
Read more
September 01, 2010 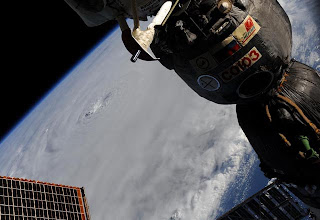 If it wasn't bad enough to have to live in Norfolk in regular quiet times, this week we face the possibility of having hurricane Earl sweep through or at least "brush by" in the artful language of the weather people. Brushing by is not exactly optimal since it can entail a whole lot of destruction. There is a 3% chance of hurricane force winds hitting Norfolk according to the compulsively readable Weather Underground weather blog . Small but not the preferable 0%. The fact that margin of error is large enough to include a direct hit to the Outer Banks by a category 3 to 4 storm is not reassuring, though my optimistic side (yes I have one, albeit begrudgingly) is that they just say that in case a catastrophe happens, CYA. And this is a sobering thing to read about what could happen in the NE: "The NOGAPS model brings Earl closest to the coast of New England, predicting the west eyewall of the the hurricane will pass over Nantucket at about 2am Saturday morning,
Post a Comment
Read more
More posts