Showing posts from October, 2013
Show all
October 31, 2013
This was amusing. A prosecutor in Tennessee moved that the defendent's lawyer could not refer to the prosecution as "the government," and this was the lawyer's response: via Volokh ..."Should this Court disagree, and feel inclined to let the parties basically pick their own designations and ban words, then the defense has a few additional suggestions for amending the speech code. First, the Defendant no longer wants to be called “the Defendant.” This rather archaic term of art, obviously has a fairly negative connotation. It unfairly demeans, and dehumanizes Mr. D.P. The word “defendant” should be banned. At trial, Mr. P. hereby demands to be addressed only by his full name, preceded by the title “Mister.” Alternatively, he may be called simply “the Citizen Accused.” This latter title sounds more respectable than the criminal “Defendant.” The designation “That innocent man” would also be acceptable. Moreover, defense counsel does not wish to be referred to as a
Post a Comment
Read more
October 09, 2013 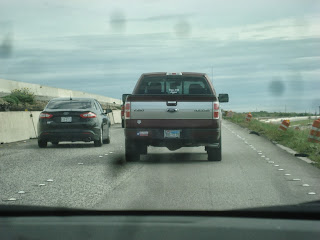 I am fairly well behind posting pictures to Nunal and likely will never catch up with all the stuff from the summer I had intended to put here. Oh well. A couple of weeks ago I was in Texas working on a project with Texas Folklife  (and particularly its visionary director, Cristina Ballí, who launched the effort) on helping to foster sustainable cultures of young musicians in Texas Czech polka music. I got to meet a bunch of musicians and cultural workers involved in the Czech polka scene, which was a marvelous experience. I've been working on sustainability issues in Conjunto music, which is a real model for developing programs for teaching young musicians and vibrant traditional transfer (I've written about it here ). I am currently collaborating with Cristina on a full book on sustainability in Conjunto music culture, so you can look forward to that. This polka project is an important one and a lot of fun too, not least because it means spending time with musicians in
Post a Comment
Read more
October 07, 2013
Michael Lind does a good job contextualizing and historicizing the Tea Party movement.  He demonstrates how this moment has some deep continuities with longstanding political realities in the South, which won't be at all surprising to anyone who has studied the region and especially its politics (see below).  I liked this line "By using a semi-filibuster to help shut down the government rather than implement Obamacare, Senator Ted Cruz of Texas is acting rationally on behalf of his constituency—the surburban and exurban white local notables of Texas and other states, whom the demagogic Senator seems to confuse with “the American people.”" and "While each of the Newest Right’s proposals and policies might be defended by libertarians or conservatives on other grounds, the package as a whole—from privatizing Social Security and Medicare to disenfranchising likely Democratic voters to opposing voting rights and citizenship for illegal immigrants to chopping federal
Post a Comment
Read more

October 04, 2013
This sounds made up it is such a crazy story. SHANGHAI — Swarms of giant hornets have killed 42 people in Shaanxi Province and injured more than 1,600 in recent months, according to Xinhua, the official news agency. Government officials have yet to figure out why their attacks have been so widespread and deadly. Officials said on Thursday that 206 people were being treated in hospitals in Shaanxi Province and that emergency response teams were working to locate and destroy the nests of Asian giant hornets, the species involved in the attacks. Their venom is highly toxic and can cause shock and renal failure, experts say. Hornet attacks have been reported elsewhere in China as well. Last month, a swarm attacked a primary school in the Guangxi Autonomous Region in southern China, injuring 30 people, including 23 children. But the most serious attacks, according to the state-run news media, have taken place in rural areas near Ankang City, in the southeastern part of Shaanxi Province
Post a Comment
Read more
October 03, 2013
Regular violence and shootings aren't uncommon in Hampton Roads, but this home invasion by armed intruders seems a bit extreme. Not surprisingly, this being the 757, they were repulsed by armed force. "Four people entered a home on Long Point Boulevard armed and masked and intent on robbing their victims, police said. But the intruders were greeted with resistance. One person in the home pulled a gun and fired, hitting an intruder, according to police. Others grabbed a second masked man and held him. Two intruders escaped. The residents were unharmed. When police arrived about 11 p.m. Wednesday at the home in the 3900 block of Long Point Blvd., they found a 29-year-old man shot in the back. He was taken to a hospital and was in critical condition, but he is expected to recover. Charges against him are pending, police said. A second suspect, a 26-year-old, was charged with robbery, use of a firearm in a felony, breaking and entering, and conspiracy to commit a felony. Police
Post a Comment
Read more

the first day is a difficult day

October 03, 2013
Of particular interest to my students reading about samathabhāvanā and other approaches to mastering the mind might be the sad news of the passing of S.N. Goenka, a global vipassana pioneer .
Post a Comment
Read more
More posts