Showing posts from December, 2012
Show all
December 17, 2012
I was in San Antonio a couple of weeks ago and as I was leaving town I decided to stop by and take one last picture of Lerma's. I was afraid that it would be torn down before I had a chance to come back to town, especially since it was now fenced off and looked like more than a bit forlorn as a result.  Lerma's was shut down a couple of years ago because the building had code violations. I believe if you scroll down in this blog you can see an exterior shot of Lerma's without the fence from when I was out there a year or so ago. Lerma's is a legendary conjunto club in SA at which all of the conjunto greats have played at one time or another.  It is apparently the longest running conjunto joint in all of Texas. Santiago Jimenez Sr. played there for many years (If I recall correctly, 10 years) every weekend, which in the conjunto world means Friday, Saturday, and Sunday dances.  Tough schedule.  Henry Zimmerle also had a longstanding gig there. I was fortunate enough to
Post a Comment
Read more
December 17, 2012 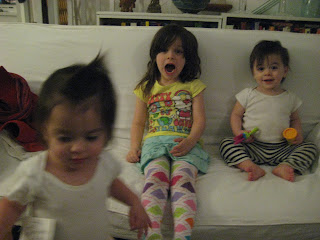 I have a bunch of stuff to post and will get around to it later this week. Yup,  Nunal has been more than a bit neglected these past few months. But there are important reasons for it.
Post a Comment
Read more
More posts