snow in the south

February 10, 2010
Surely you have read about the huge dumpings the east coast has had over the past few weeks. We have been spared huge snow fall but not fully spared the snow. Today we had a period of it but it only stuck to some grass. But any snow at all around here means full blown crisis mode. Last week we got 4 inches on a saturday and VWC was closed on Monday, Lark's school was closed until Wednesday. That is one more day of closure than there were inches of snow.

Most people just waited for it to melt. Being a Midwesterner, I shoveled. This was the first time I have used the snow shovel I moved with down here (no reason to throw it out, a perfectly good snow shovel). I moved here in 2000 and have never seen snow last for more than a couple of hours.

Ok, I am kind of behind on posting on this, here is the obligatory house in snow shot. The last time there was this much snow in Norfolk was 20 years ago so this is actually an image of archival interest only.: 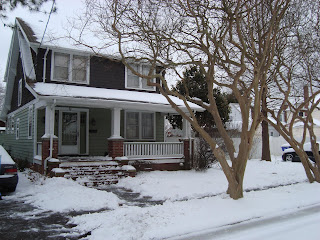 The real story of this snowfall is my how my lovely Louisiana-native wife has encountered it given no real experience with winter.

You know those kid's mittens that have the string attached through the sleeves so they hang down from the coat and don't get lost? Friends of ours from the Great State of Wisconsin gave Lark a pair.

Now imagine if you have never seen such a thing--you might then think the string was just there for some random reason, and put the mittens on your child ---and release her to make a snow man looking like she was wearing a pair of pink handcuffs. 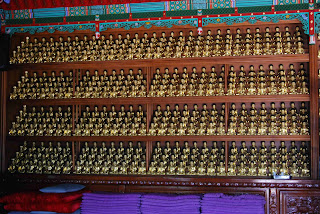